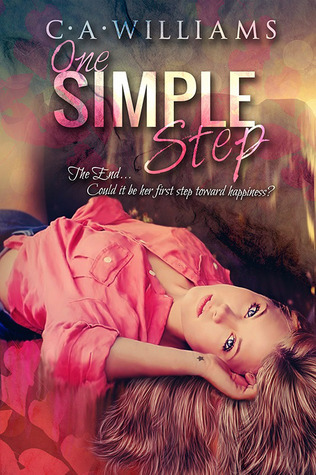 Add to your shelf!

The Journey series continues with Book # 3. Chase and Leah have their happily ever after and Ally believed she did, too. But one day flips her whole world upside down and leaves her starting all over again. With a fresh slate, she’s determined to do something with her life and get back to her old carefree self that had disappeared over the years without her even realizing. Her journey is a bumpy one, but eventually life comes full circle. They say every bad ending is a new beginning, but will it be for Ally? (Can also be read as a stand-alone)

C.A. Williams lives in Michigan and is married to her high school sweetheart. While being a stay at home to her three little ones, she likes to read and write, in between cleaning up messes and being a short order cook.
Excerpt

“Oh, please,” she said, giving me an eye roll. “I don’t think that’s possible even if you tried. And clearly he doesn’t care,” she murmured, with one eyebrow raised.

If Teddy had a clone, this guy was it. Yeah, he didn’t look exactly like his twin; his hair wasn’t a shaggy blond mess like Teddy’s, but he had sort of the whole rocker look going on with his ripped jeans, tight black band t-shirt, and both arms covered in sleeves of tattoos.

No, what really reminded me of Teddy was the cocky ego that I could sense before he even talked, like he had picked me as his prey and knew he would win his prize. Well, I guess I was going to have to squash that little dream. “You look like you could use another drink. Mind if I buy you one?”

“Actually I do,” I replied, shifting back around in my seat to face the bar. He slid into the empty seat next to me, clearly ignoring my subtle “get lost” tactic.

“Aw, c’mon. Can you at least give a guy a chance?” He signaled to the bartender who placed another drink in front of me. “What’s your name, pretty girl?”

I snorted before taking another drink, and continued to ignore him, but he didn’t seem to get the hint because he kept inching closer to me, invading my personal space. “Al-right, you must be one of those quiet ones. I like the quiet ones, they’re normally the wildest.” His lips were right next to my ear as he whispered the last part. I finally turned towards him, his brown eyes glittering with amusement.

“Or maybe you’re just annoying as hell, and I really don’t want to talk to you. Ever think of that?” I popped a cherry in my mouth, hoping he would just go away, but instead he let out a low laugh.

“Feisty too, huh? I think I like you, blondie. Think maybe you wanna get out of here? I know this little place downtown that has some good music, actually I play there some—”

I turned towards him quickly, putting my best bitch face on. I hadn’t really used it much before, but now I was getting a lot of use out of it. “Ugh, hell no. If I wasn’t clear enough before, I definitely will be now. There is no way this is happening.”

I waved my hand at him, and thankfully, this time he stood up, looking a bit dejected, and shuffled back towards the table that he had come from. I hated to squash anyone like that, but at the mention of him possibly being a musician of any sort, I couldn’t consider even talking to him. Been there, done that, bought the t-shirt, and never, ever, wearing it again.